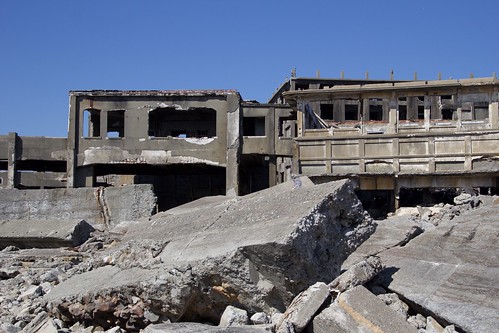 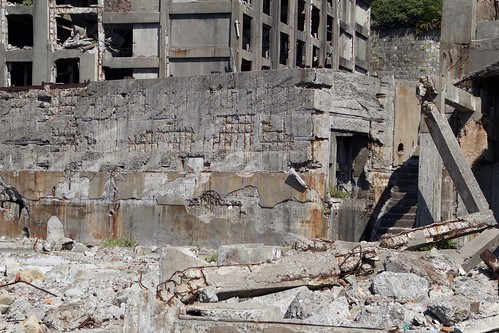 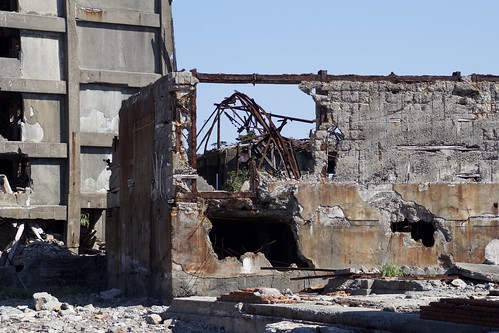 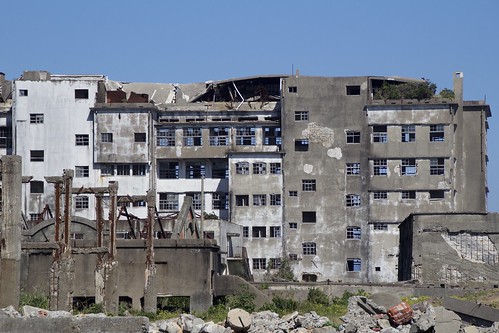 These ruins can be seen on the deserted island Hashima 端島, also known as Gunkanjima 軍艦島 (Battleship Island). Since 2015, Hashima is a UNESCO World Heritage site. The former mining facility was closed and abandoned in 1974, when the coal mines ceased to be profitable. Since then, the island is pretty much left like it was, the buildings slowly falling apart due to the harsh storms raging out in the open sea. Hashima can only be visited by boat as part of a guided tour. Most of the island is closed off to visitors as it’s simply too dangerous for them to be wandering around when debris from the buildings could fall at any time. 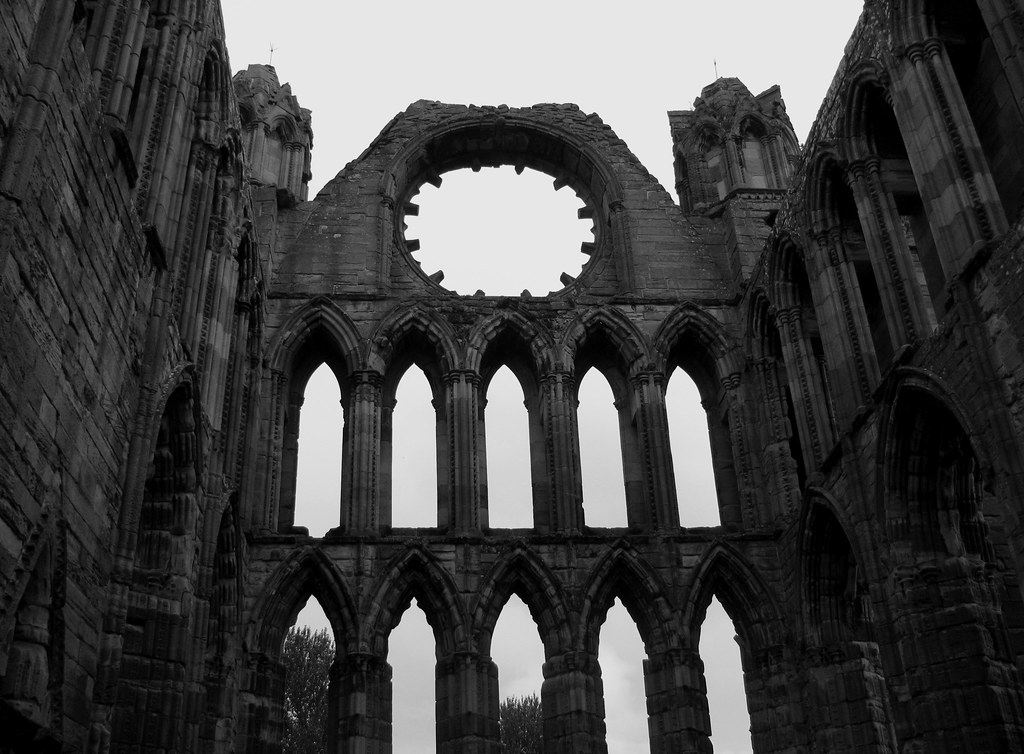 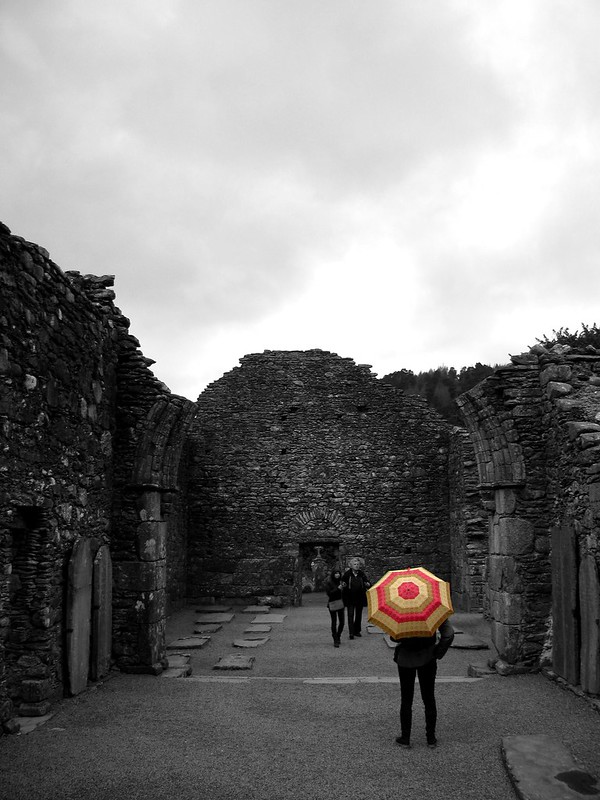